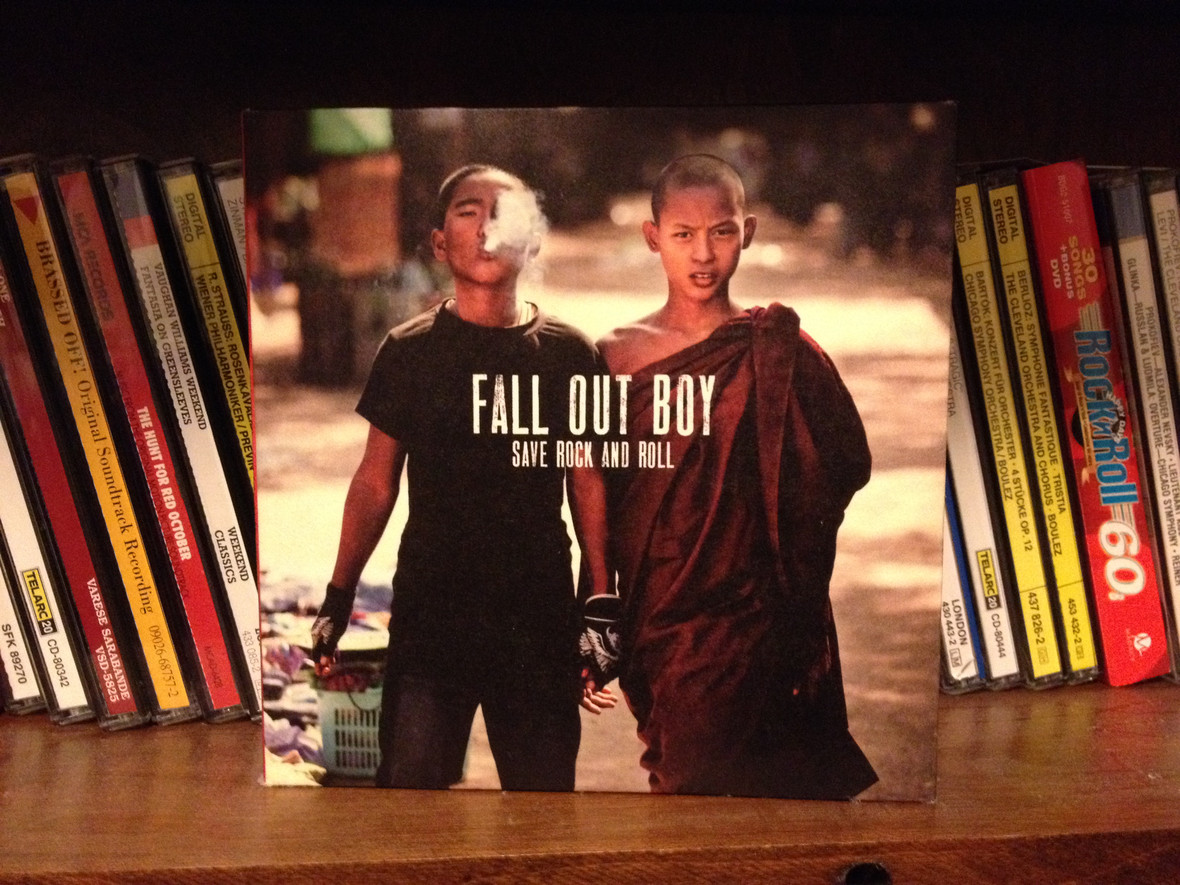 Fall Out Boy's Save Rock and Roll is probably my favorite pop album of the year. There are no duds on this album.

Fall Out Boy: Save Rock and Roll Review

I've been listening to the latest Fall Out Boy album Save Rock and Roll almost non-stop for the last 4 days. This is a great Pop album. I know it says Save Rock and Roll on the front, but this song is a monument to the pop hook. There isn't a bad song on the album. The album could easily be listened to from beginning to end without the compulsion to skip a track. It's that good.

If I had to rate my favorite songs on the album, I'd put Alone Together at the top. I can't get that hook out of my head. My Songs know what you did in the dark would be my next favorite. It has an infectious hook that can't be ignored. It kind of reminds of a Def Leppard song. Whether that is an accurate comparison, I can't say for sure, but that is my knee jerk word association I make. Rat-a-Tat is my third favorite track. It has Courtney Love doing a spoken word duet during the beginning and randomly throughout the rest of the song. It works. I don't know why, but she doesn't detract from it. The chorus is epic too.

A review of my favorite pop album of the year so far.