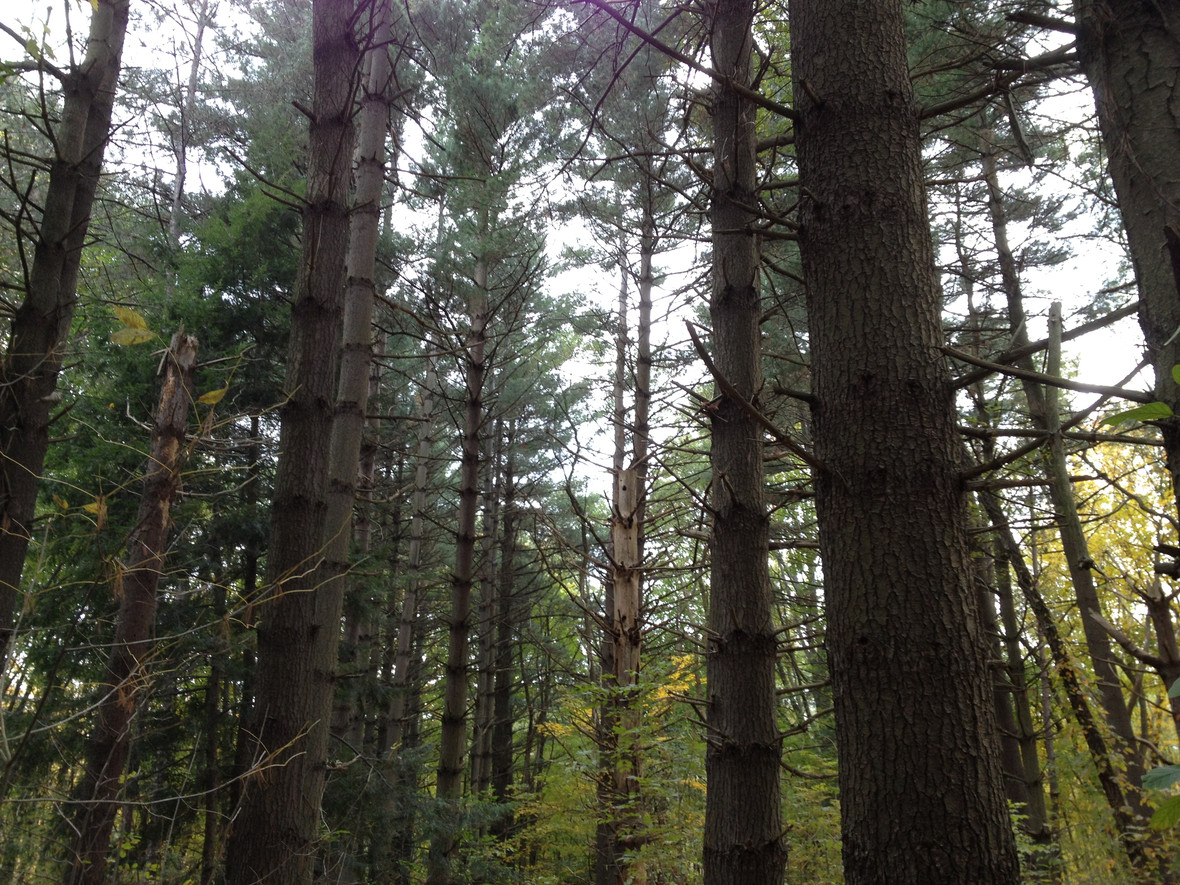 There are some nice stands of eastern white pine in the Rocky River Reservation. There aren't any world record holders, but many reach over 100'.

It's time for another one of my favorite native conifers: the eastern white pine. The eastern white pine, Pinus strobus, is the tallest tree in the eastern portion of North America. They have been recorded at heights of up to 200'. Unfortunately, the tallest surviving white pines are only about 180' tall. There was a 207' specimen in the Smoky Mountains, but it was struck by lightning and it lost over 20' of its crown. There may have been taller specimens in the past, but these trees were logged pretty heavily in the colonial era. They were prized for their use as ship masts for the British navy.

Currently, the best places to view superlative eastern white pines is in the Smoky Mountains National Park in Tennessee or Cook Forest State Park in Pennsylvania. Both of these parks have excellent examples of old growh white pine and eastern hemlock. The photo in this post was at the Rocky River Reservation in Cleveland, OH. This is a small grove off of one of the busier trails. It doesn't appear to be reproducing naturally. I saw no saplings near this grove. It's still a nice group of trees for a suburban park.

One of my favorite conifers that is native to Ohio, the eastern white pine.