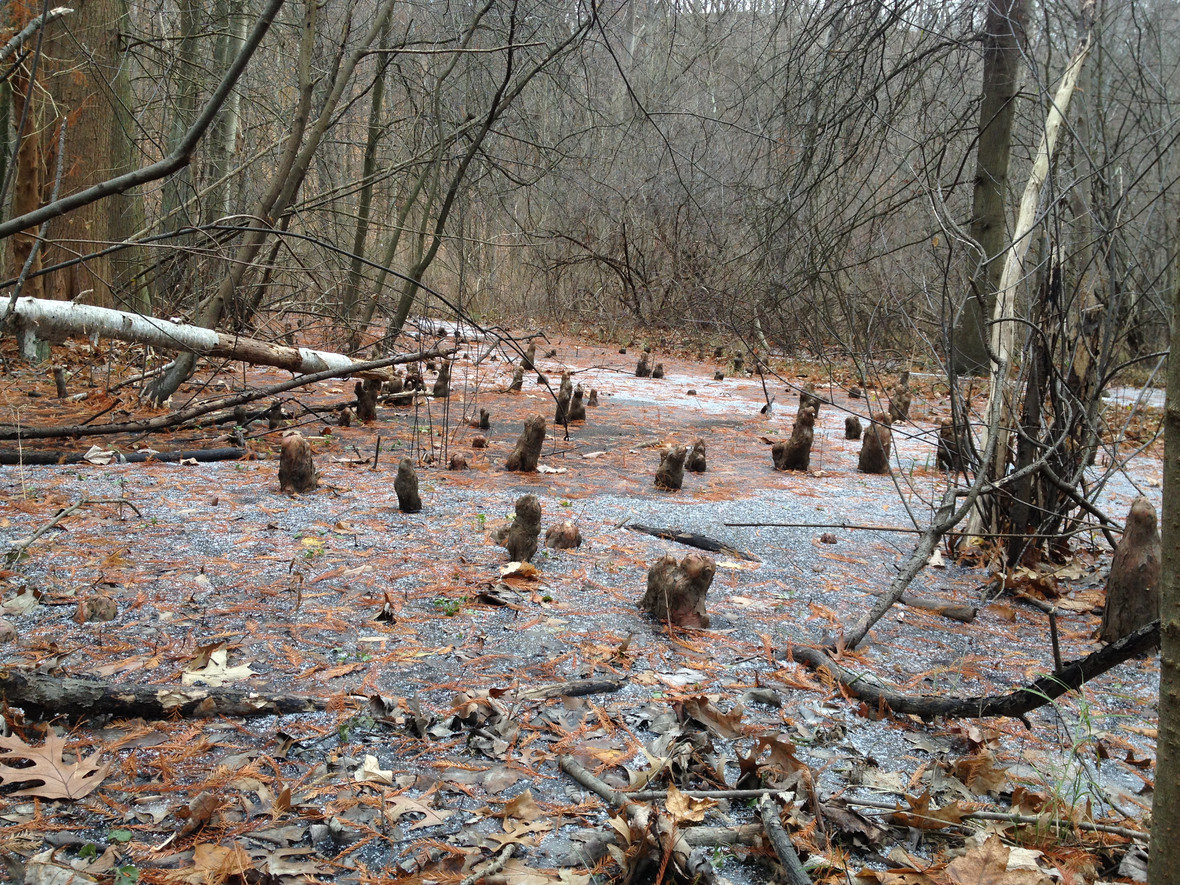 Bald cypress knees poking out of the ice in the Rocky River Reservation.

I spent this morning hiking in the Rocky River Reservation. My primary goal was to find some White Pine, Hemlock, and Eastern Red Cedar saplings growing without human intervention. When the leaves have fallen off the oaks, sycamores, maples, and beech trees that dominate the forest, our native conifers become much easier to find. I succeeded in finding some white pine and red cedar saplings, but had no luck with the hemlocks.

While seeking out hemlock saplings, I noticed some bald cypress leaves on the ground. I wasn't too surprised to see them. Bald cypress is planted pretty commonly as an ornamental tree here in Cleveland. I think the forest managers in the past weren't as picky about planting non-native species either. There are Norway Spruce trees and Dawn Redwoods all over the park.

After seeing the bald cypress leaves on the ground, I was curious about where the trees that dropped them were. After walking about 20 feet, I saw a bald cypress that had been snapped in half by another tree falling on it. I looked down and saw a bunch of woody knobs poking out of the ground. Bald Cypress knees! Usually you only see these in swamps or along stream beds in the south. But here they are, growing in a wet portion of Northeast Ohio! There were probably about six bald cypress trees responsible for all of those knees.

I thought this was a neat find. I still prefer to see our native conifers growing in the parks, but it's neat to find something out of the ordinary once in awhile. Plus there is no real danger of the bald cypress outcompeting the native trees. They will survive the winters if planted as large saplings, but any that germinate from seed in the wild are killed by our cold winters.

A little bit of the southern swamps in Northeast Ohio.