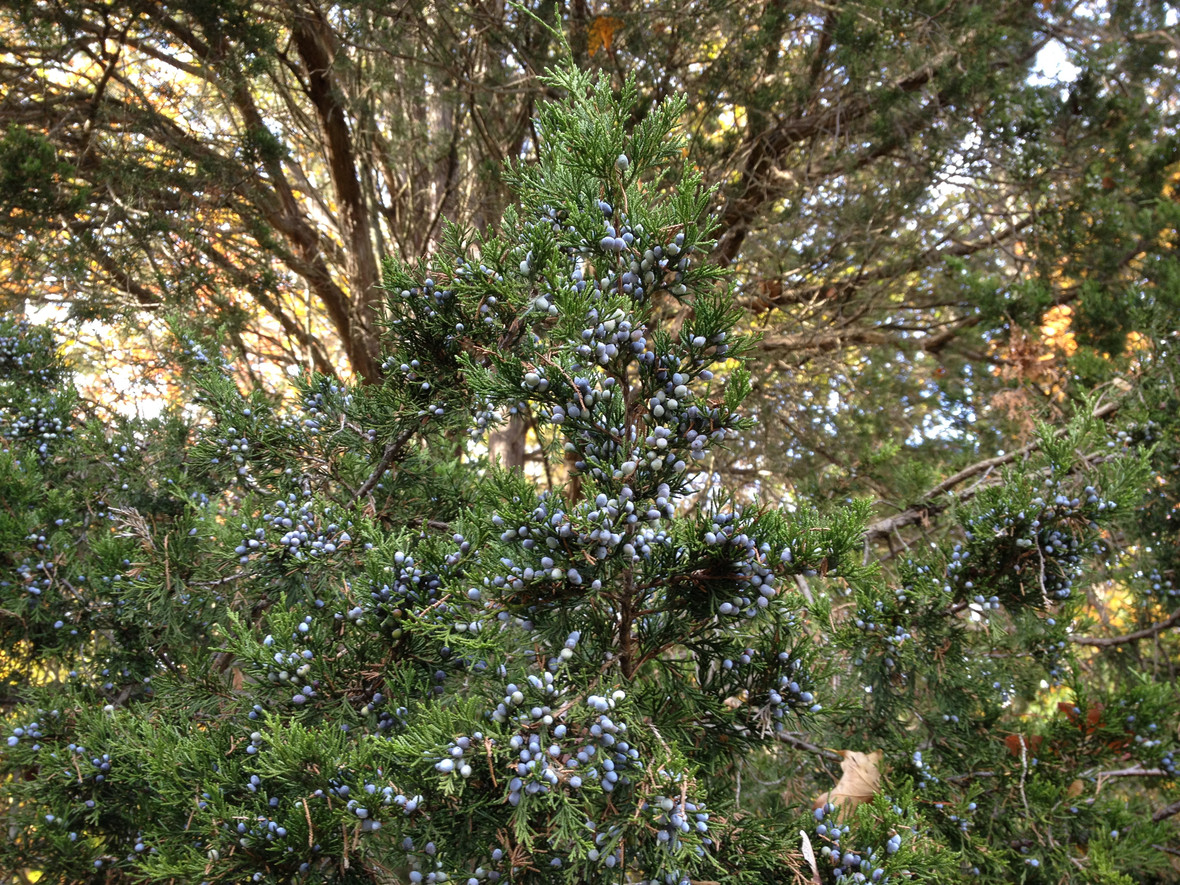 Eastern Red Cedar's cones look like blue berries. This tree is actually in the juniper, not cedar, genus.

One of my favorite conifers native to Northeast Ohio is the Eastern Red Cedar. Eastern Red Cedar is kind of a misnomer. It's not particularly red and it's not a true cedar. The only thing they got right was that it is primarily found in the eastern portions of North America. It is technically in the juniper genus. The common juniper is a shrub, but the red cedar is a full blown tree. What makes it a juniper is the fact that its cones grow in and look like blue berries. Despite their appearance, they are in fact cones. The fleshy blue part is a cone scale.

It is considered a weed in some parts of the country. It is an alternate host for a gall that effects apple trees. Most of them found near apple orchards are cut. They are also taking over in some parts of the midwest. Fire suppression policies have had the unintended side effect of allowing the red cedar to grow in the plains where it would normally be killed by fire as a sapling.

Despite their poor reputation, I love them. Mature specimens have a pleasing pyramidal form and the "berries" are a nice feature during the winter. Also, the foliage and bark reminds of the giant sequoias out west. They can't match the scale of the sequoias, but it's a nice member of Cupressus that grows in Ohio naturally.

My favorite native member of the Cupressus family, the Eastern Red Cedar.