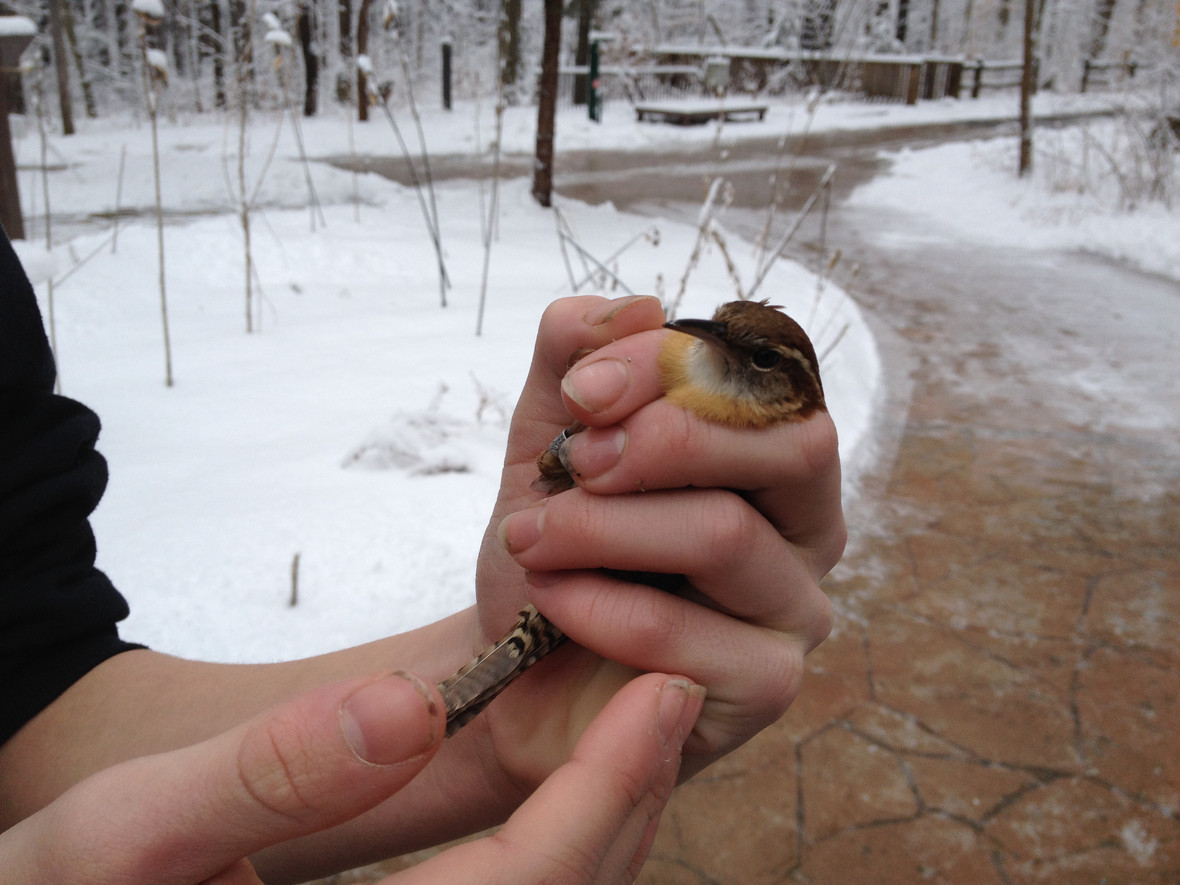 This Carolina wren was anxious to be released after being banded at the Rocky River Nature Center.

Yesterday, I decided to go to a bird program at the Rocky River Reservation. A couple of certified banders were capturing birds to track their migration and longevity. It was pretty interesting.

Most of the birds that were caught were smaller song birds. They caught quite a few gold finches, song sparrows, hairy woodpeckers, downy woodpeckers, chickadees, dark eyed juncos, black capped chickadees, and pictured above, a carolina wren. After ensnaring the birds in a net, volunteers would untangle them, and place them in brown paper lunch bags. Putting the birds in the bag also helped to keep them calm, similar to putting a blanket over a bird cage. The woodpeckers were double bagged because they are able to tear through a single one. They also jumped around in their bags, which made the bags jump around on the table.

After the data was finished being captured, a couple of young volunteers got the birds out of the bags and placed them in participants hands so the birds could fly away. Most of the time, the birds would fly away as soon as the volunteers let go. A couple were in sort of a daze, and would sit on your hand for a few seconds until they got their wits about them and escaped.

Overall, I would recommend checking out the bird programs the metroparks have to offer. It was neat being able to see some wild birds up close and to learn more about how scientists and volunteers track their population and migration.

An indignant Carolina Wren waits to be released after being banded at the Rocky River Reservation.