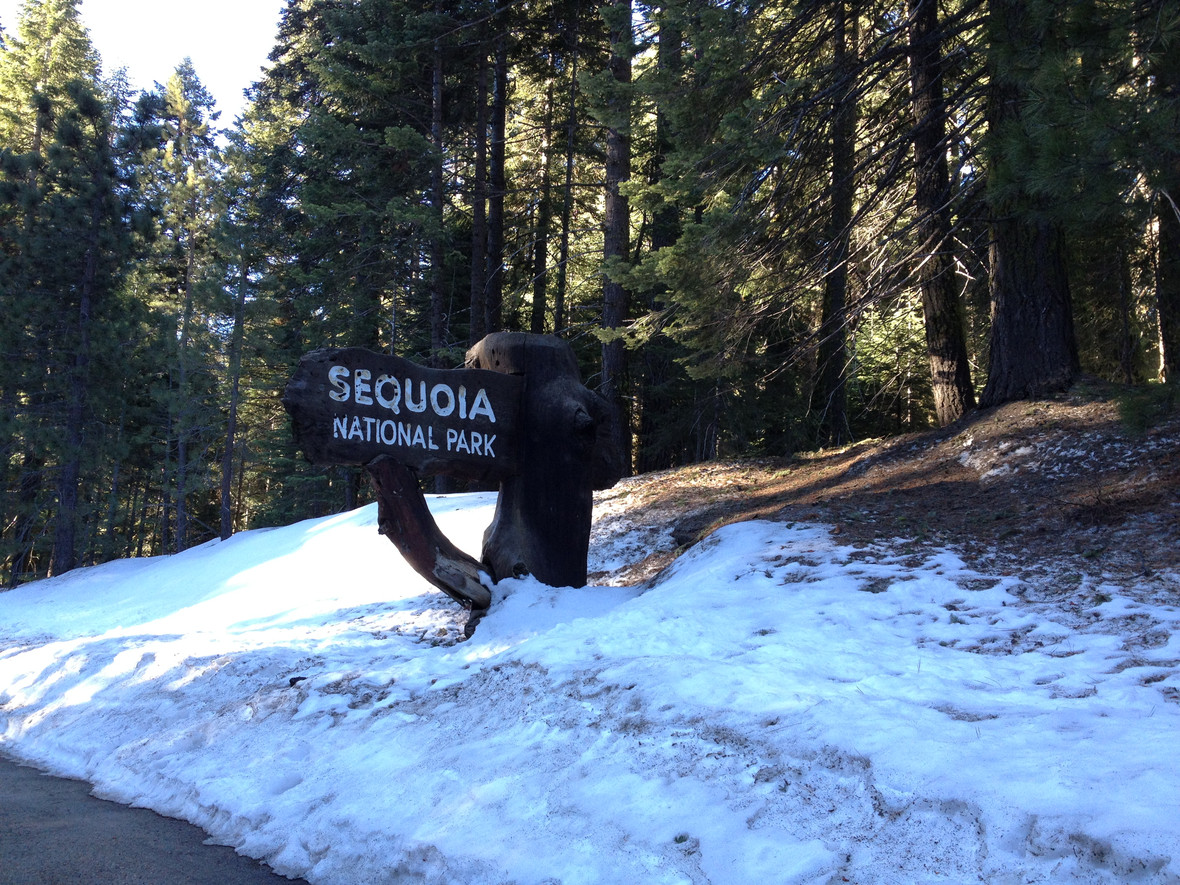 The entrance to Sequoia National Park, home of the largest trees by volume in the world.

Last year, I had the opportunity to visit Sequoia National Park. I wanted to post more photos, but the blogging software I've been creating didn't have the ability to add more than one photo to a post. I finally added that feature to my CMS so I thought I would share more photos!

I'm usually pretty jaded by most things I encounter in life, but I was really impressed by what I saw Sequoia. It's hard to comprehend how large the giant sequoia is unless you have seen one in person. They look like living sky scrapers and they are truly awe inspiring.

My wife and I visited in the winter, which at first blush sounds like it would be terrible. We actually had a great day and there were very few other peole around. Getting to see these trees in relative solitude was amazing. I don't think I would have enjoyed it as much if there had been bratty kids complaining about dumb old trees or toddlers throwing temper tantrums. It was quiet and serene which made seeing these trees even more of a privilege.

What is really startling about them is how rare they are in the wild. When you enter the park, you see a couple of them, but you have to drive for several more miles until you find any decent sized groves. For all their grandeur and endurance through the centuries, they do not take root easily. They require goldy locks conditions to germinate. Fire is their friend. It clears the understory of competing vegetation, opens their cones, and provides nutrients for the growing sapling. Unfortunately, the park's previous fire suppression policies hindered their regeneration. Trees like the white fir which would normally have been destroyed by wild fires when they were young grew tall. This allowed fires to climb higher into the canopy and burn more intensely. This damaged the leaves and reproductive structures of the mature sequoias further threatening their existence. Fortunately, the park system realized the folly of this policy and they have allowed smaller wild fires to burn and initiated controlled burns to clear brush and duff.

In short, if you ever have the opportunity to visit Sequoia National Park, do it. My only regret was not having a better camera with me. I think I did pretty good with my iPhone but the shots would have been even better with a nice DSLR.

More photos from my trip to Sequoia National Park