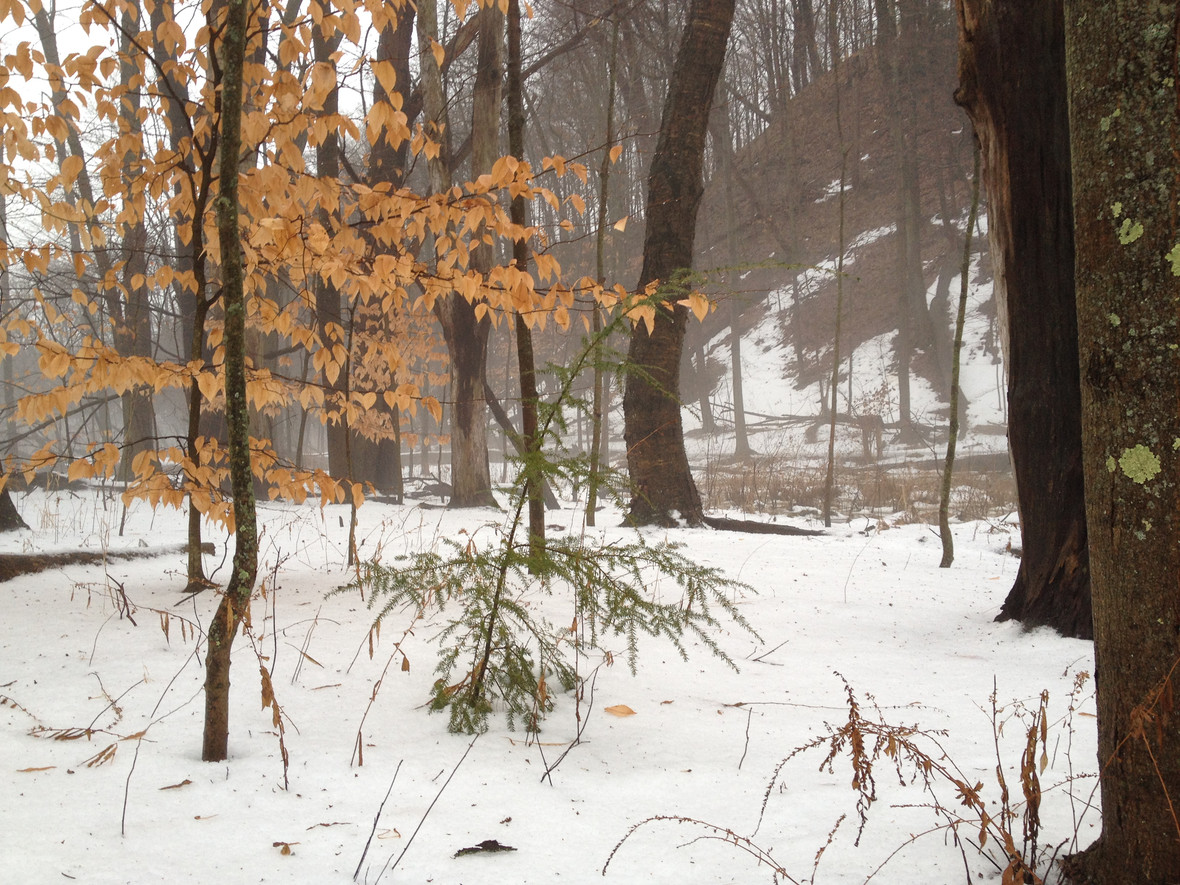 The only eastern hemlock sapling that I have been able to find in the Rocky River Reservation.

It took me awhile to find this in the Rocky River Reservation. I think I finally found an eastern hemlock sapling that didn't appear to be planted. There are a few tall eastern hemlock on the hillsides near the nature center, but young trees are hard to find. This one looks like it's been growing for awhile and seems to be healthy. My wife actually found it when we were down in the park trying to feed the Chickadees.

The reason I suspect it is natural and not planted is that it's not too far away from some of the taller hemlocks. It also isn't surrounded by mesh fencing or being held up by a dowel like alot of the planted ones are. It seems too random to be on purpose and it's off the path a little bit.

This finished off my search for the three conifer saplings I was trying to find. I have eastern white pine, eastern red cedar, and finally eastern hemlock. Hopefully this hemlock will have the opportunity to reach maturity and sprinkle its seeds.

I finally found an eastern hemlock sapling at the Rocky River Reservation that doesn't appear to be planted.