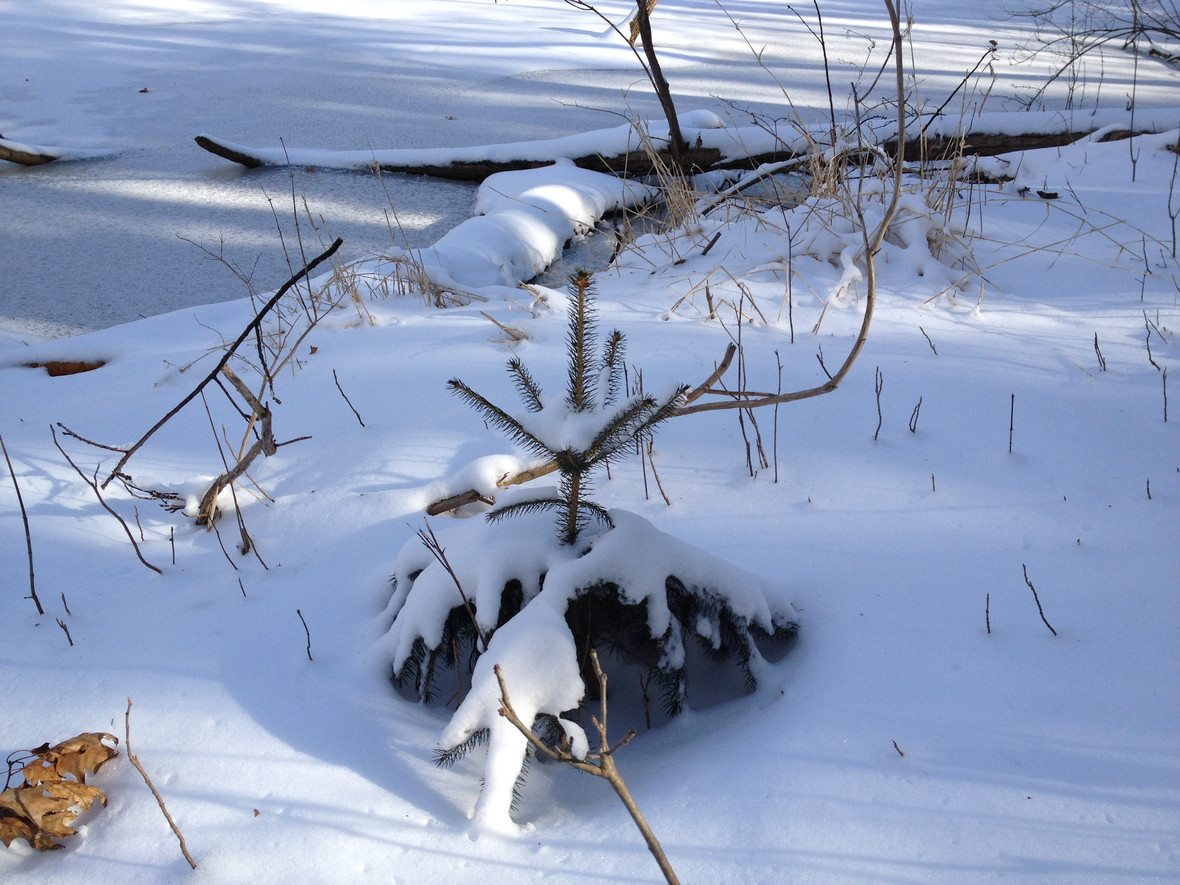 A Norway spruce sapling poking through the snow near a lagoon in the Rocky River Reservation.

I think the Norway spruce is the most overplanted non-native conifer in the Cleveland area. They are in a lot of people's yards and they are planted in the Metro Parks very frequently. I think they outnumber the native conifers in many places. But they grow like crazy here. It's pretty rare to see one in stress. They thrive and they are becoming naturalized. It made me wonder why there are no native spruce trees to Ohio but I think it is an elevation and temperature issue. If our elevation were higher, or our summers were cooler, some North American spruces would probably have crept into Ohio many eons ago.

While looking for eastern hemlocks on Friday in the Rocky River Reservation, I walked through a large stand of Norway spruces that were off trail. There were some eastern white pines mixed in, but Norway spruce was the dominant tree. I noticed about three or four spruce saplings poking through the snow. They were in awkward spots, nowhere near a trail, and close to many mature spruces so I do not believe these were planted. It will be interesting to see how these fair. I have a feeling they will grow to be healthy mature trees.

Even though the Norway spruces grow well here, I wish the Metro Parks managers from the past would have had the foresight to plant more native conifers. If they had planted eastern white pines or hemlocks as reforestation trees, we would have some pretty impressive specimens by now and pine forests that are more like what actually grows here. I think the Norway spruce is an attractive tree, but I'd prefer to see our native trees get preference for planting. They have already adapted to our climate and animals. Planting non-native species can also have the unintended consequence of bringing invasive pests. The hemlocks in the Smoky Mountains have been decimated by an aphid that was most likely introduced by tagging along on an Asian ornamental tree.

Norway spruce saplings are popping up in the Cleveland Metro Parks more easily than our native conifers.