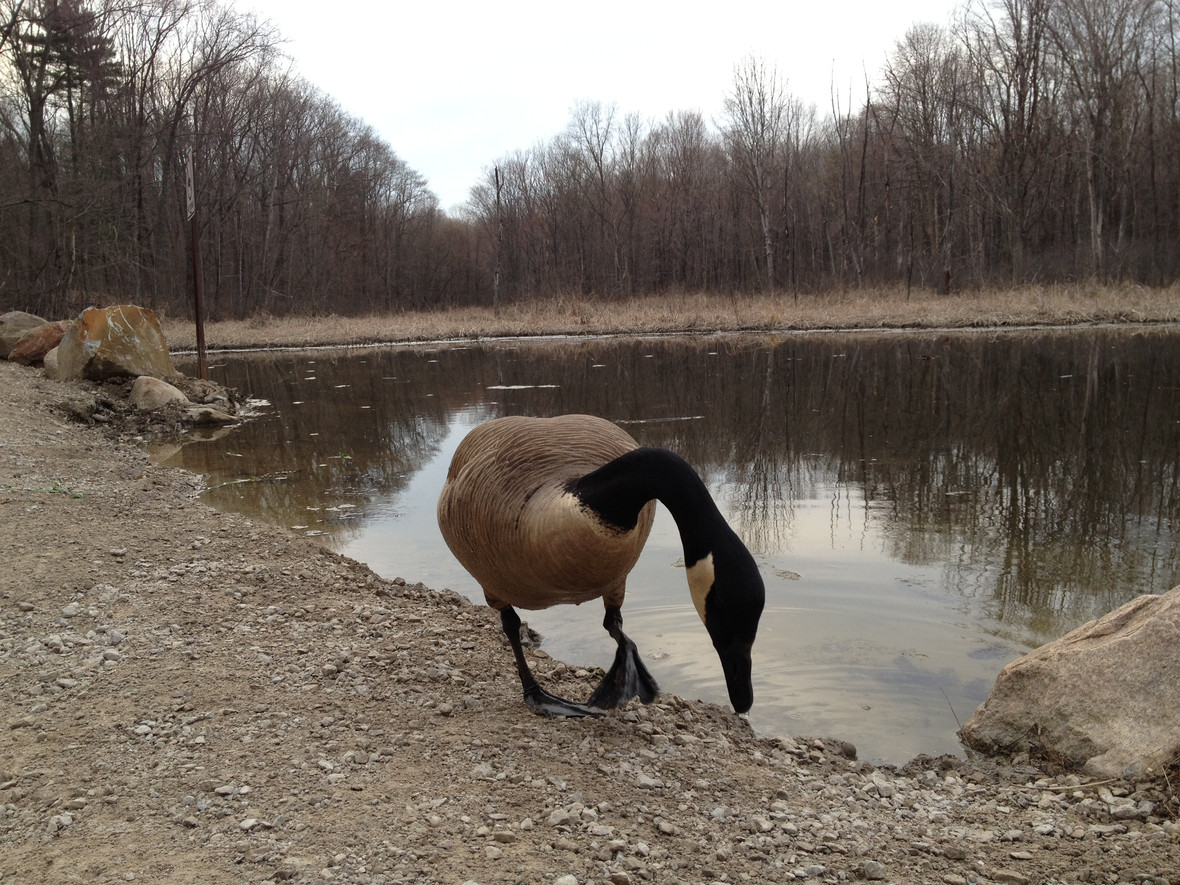 A Canada goose getting some water from a pond in the Rocky River Reservation.

One of the larger birds you will see in the Cleveland area is the Canada goose. At one time, these birds were in a major decline, but they have made a substantial comeback. They are abundant in Cleveland and are somewhat of a nuisance. They poop everywhere, they walk across the road at the most inopportune times, and can be aggressive when they are nesting. They are still one of my favorite native birds. I think they are one of the more handsome goose species.

Cleveland seems to have a non-migratory population that stays here year round. You can hear geese honking at pretty much any time of year. There are also some populations that migrate north and south depending on the season. Don't be surprised if you see them hanging out in the winter time.

One fact I found interesting about their range is that they have reached northern Europe naturally. This has been proven by recording information from banded individuals. There are also introduced populations in Europe and New Zealand although the geese in New Zealand are no longer welcome. In 2011, they lost their protected status which is understandable. They are putting unnecessary pressure on native species. We have plenty of them in North America now.

Some photos and some interesting facts about my favorite species of goose, the Canada goose.