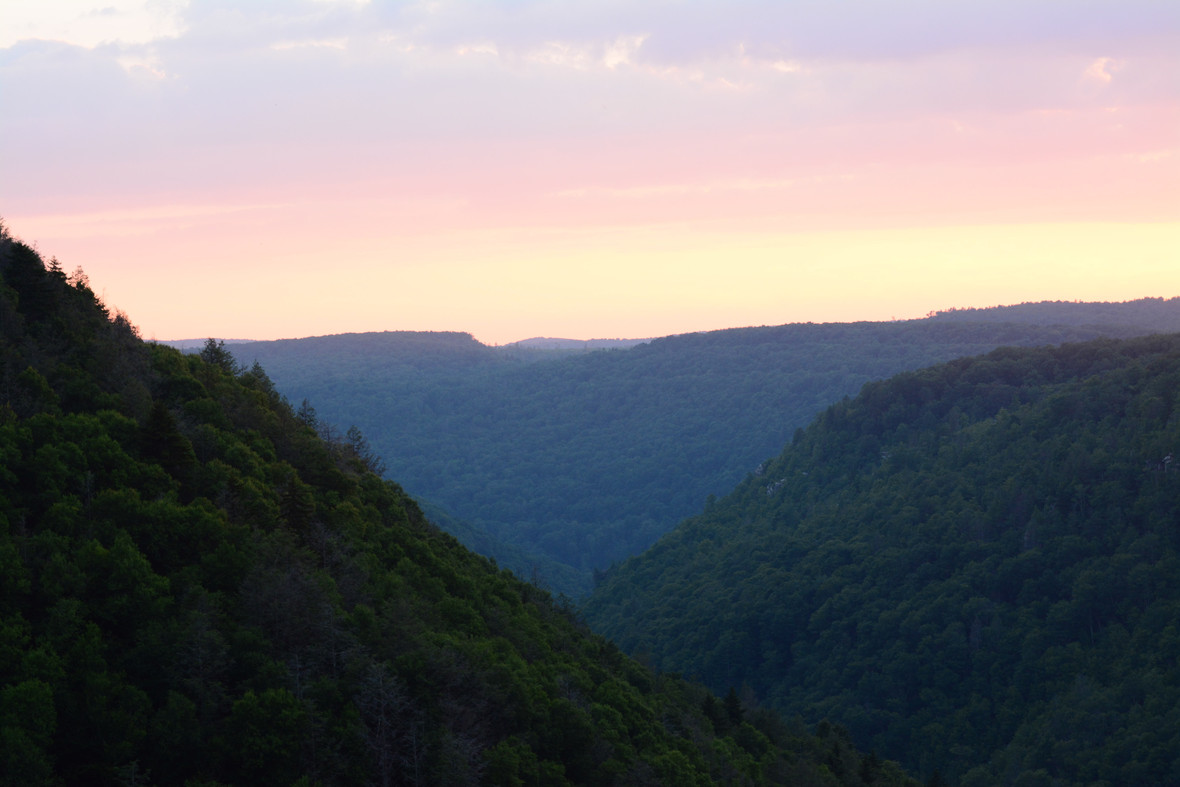 The gorge at Blackwater Falls State Park at sunset.

Last weekend my wife and I took a weekend trip to West Virginia's Blackwater Falls State Park. It's known for streams stained dark from the tannins in the hemlock trees that leach into the soil. It has some nice vistas that overlook the river gorge.

The hemlock trees that cover the hill sides are unfortunately being attacked by the hemlock wooly adelgid. Mixed in with the healthy hemlocks, red spruces, and yellow birches are the gray skeletons of dead hemlocks. I spoke with one of the park's naturalists and she confirmed the adelgid has been in the park for about 20 years. They are using a combination of pesticide injection and beetles that prey on the adelgid to help control them. She also mentioned that the colder than normal winter seemed to kill quite a few of the pests.

Another thing I was really surprised to see was a bog in the middle of the hills. It looked like the trees were mostly red spruce, but they may have been balsam fir. I wasn't able to get close enough.

Overall, I enjoyed my stay at the park. The forests were a neat change of pace. The lodge at the park is a little old. It was build in the 1950's and much of it hasn't been updated. The rooms had wood paneling and the bath tub was so old the porcelain was wearing off the tub. I hope they put some money into renovating the lodge. It's totally salvageable, it just need some updating.