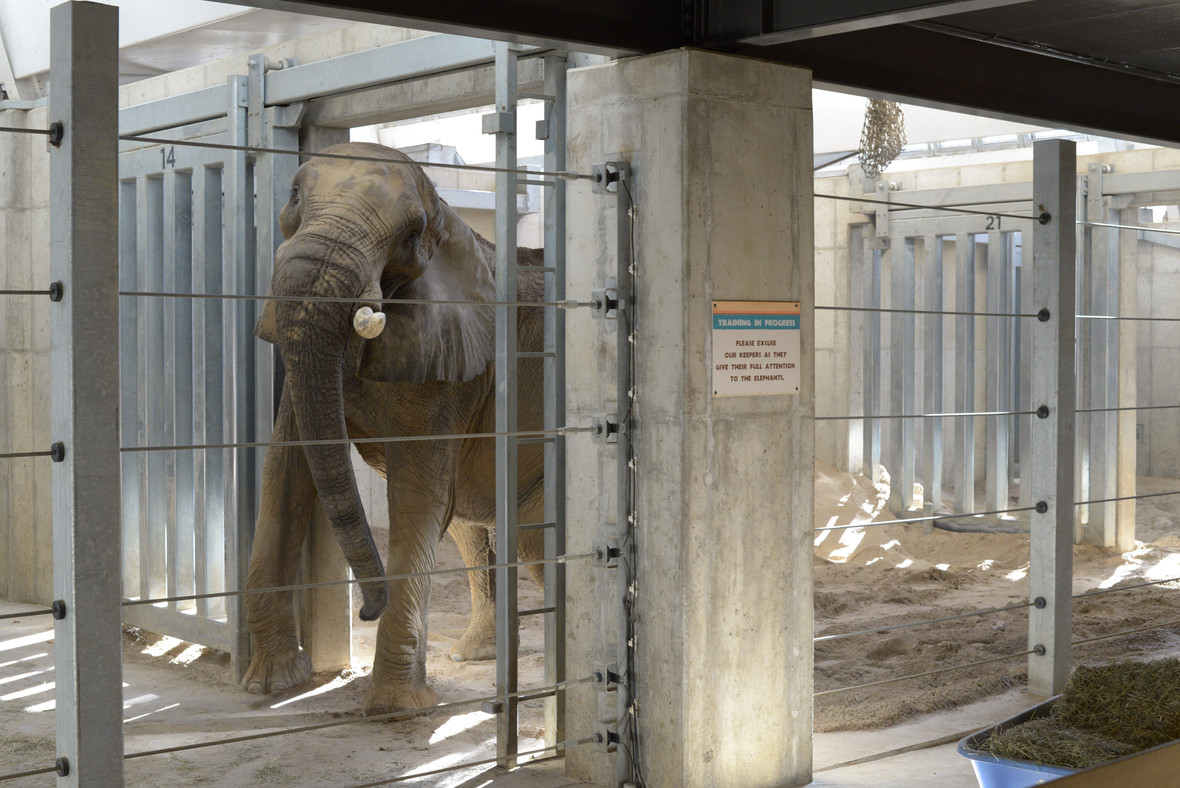 This bull elephant was scratching himself on the doorways between the indoor holding pens at the zoo.

I visited the Cleveland Metroparks Zoo last week and was able to snap some shots of a few creatures.

The big bull Elephant, Willie, was hanging out in the enclosure. He looked kind of bored and was scratching himself on the doorways that connected the holding pens. I'm not sure how he lost his one tusk, but ever since I can remember, he has been missing it.

The meerkats at the zoo are actually in the same area as the Elephants. They weren't too busy that day. It was a little chilly so most of them were hanging out underneath the heat lamps. I would have joined them if I could have.

My favorite lemur at the zoo is the crowned lemur. The ringtails are more popular, but these guys are less afraid of humans. They will usually get near the glass and interact a little bit.

Finally, the Australian area at the zoo has several kangaroo and wallaby species on display with minimal fencing. When you are in the Wallaby Walkabout, there are only some short ropes that separate you from the animals. They are pretty skittish and usually don't venture anywhere near you. They often hangout by the chainlink fence that keeps them from escaping.