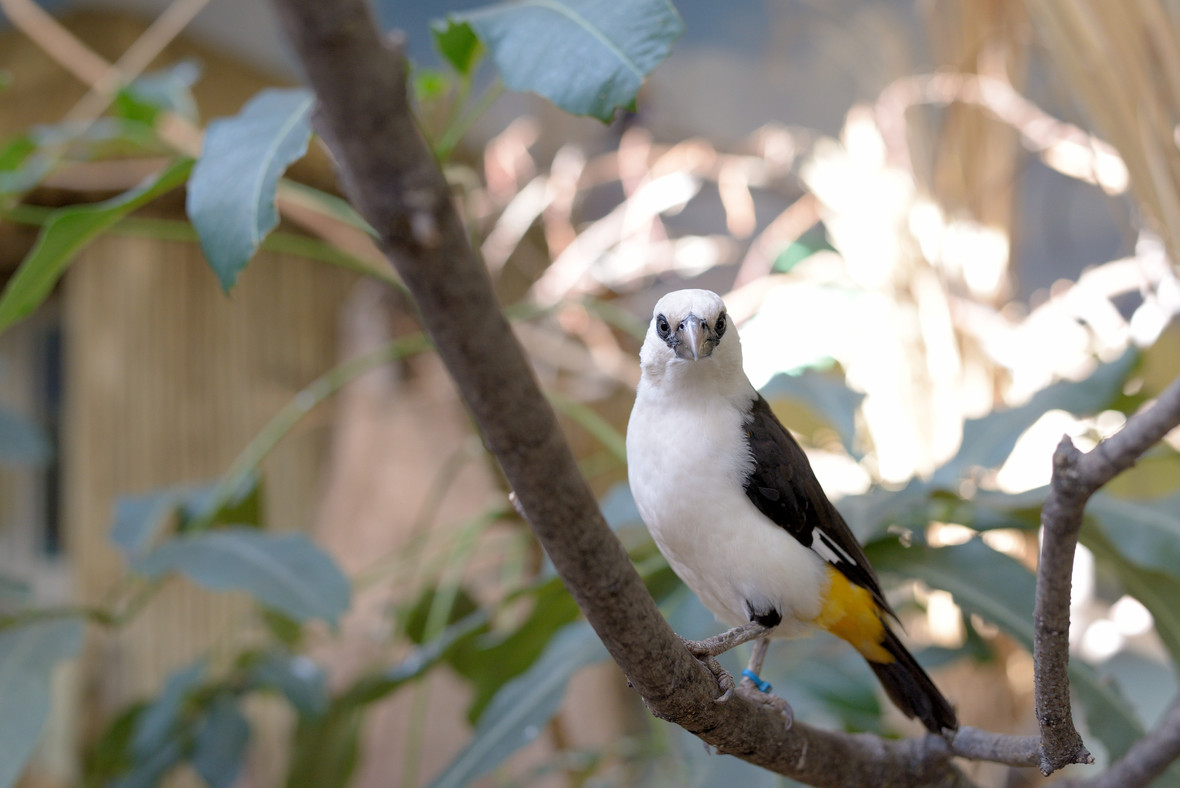 This white headed buffalo weaver was the most cooperative bird in the aviary. I was actually able to get within a couple of feet of it when I took this.

Over the weekend, my wife and I attended a wedding in the Toledo area. We stayed overnight and the day after, we visited the Toledo Zoo.

I was impressed by the collection of animals they had there. They have a nice polar bear and seal exhibit along with a penquin exhibit. I tried to get some close up shots of hte polar bear while it was feeding, but the glass was a little too scratched to get a clear shot. The bears were enormous, much larger than the brown and black bears I have seen in the past.

The other animals I was surprised to see were cassowaries and a salt water crocodile. The cassowary is a flightless bird that lives in the tropical forests of Australia. They are threatened in Australia by habitat loss. I think they normally live in a more tropical environment which was why I was surprised to see them on a 45 degree day in Tolded.

The salt water crocodile was also impressive. It was submerged the whole time, but it's definitely the largest crocodilian I have seen in person. No pictures of him unfortunately.

I also enjoyed the dedicated aviary. Cleveland's zoo has many bird species but most of them are displayed outside or in the rainforest mixed with other types of animals. Toledo had many exotic African, South American, and Indonesian birds. I got a shot of a white-headed buffalo weaver that turned out pretty well.

Toledo has a really nice zoo. If you are ever in the area, it is worth the price of admission.

Photos from my recent visit to the Toledo Zoo.