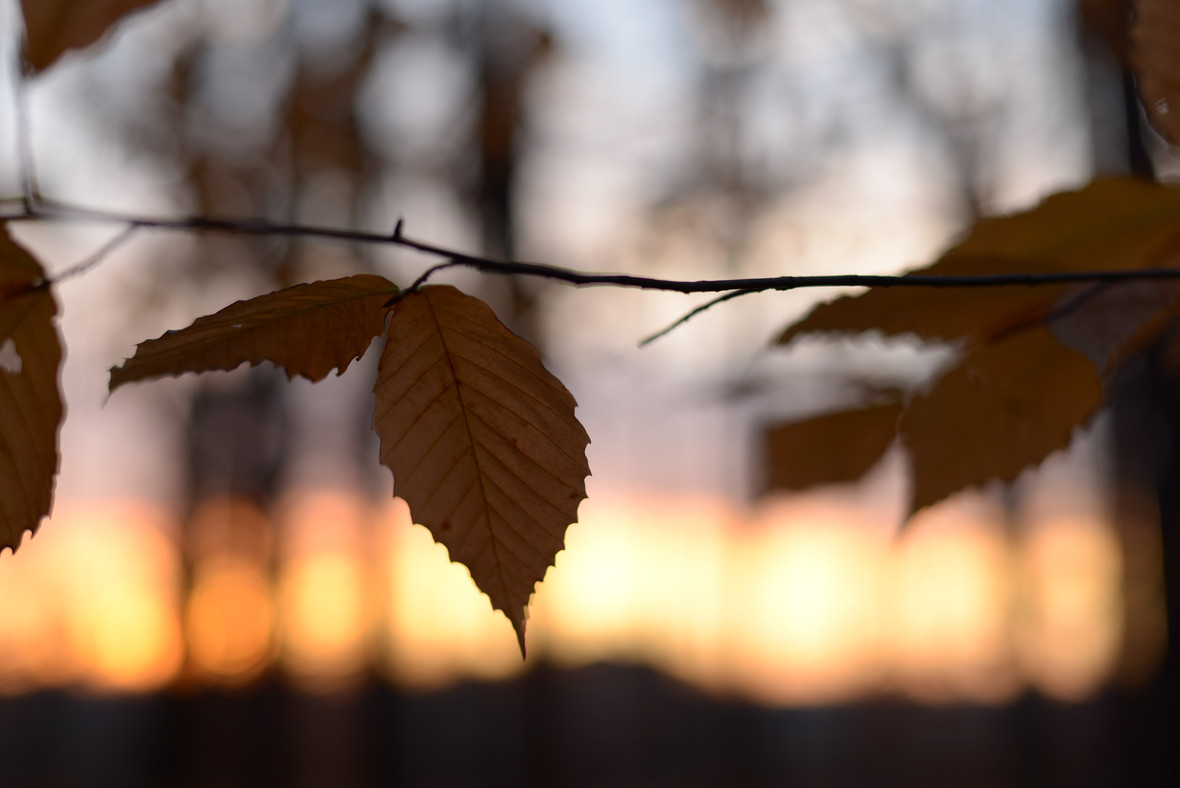 Some beech tree leaves with nice bokeh from the sunrise filterig through the trees behind it.

I haven't had a chance to post much these last few weeks. When I post, I usually like to post a few related images that make sense as a blog post. I have a few random shots that turned out well from the last few weeks, so I thought I would post them anyways.

I'm still working on my dreamy forest series of photos and got nice shot of some American Beech tree leaves a couple of weeks ago. I also got a shot of a nuthatch feeding at the Rocky River Reservation after the cold snap.

My final shot is of a porcupine that was being shown at the Cleveland Museum of Natural History. It was tough to get a clear shot of him because the room was dark, he didn't have a lot of contrast around his eyes, and I couldn't get as close as I wanted to either.

A hodgepodge of photos from the last couple of weeks of shooting.