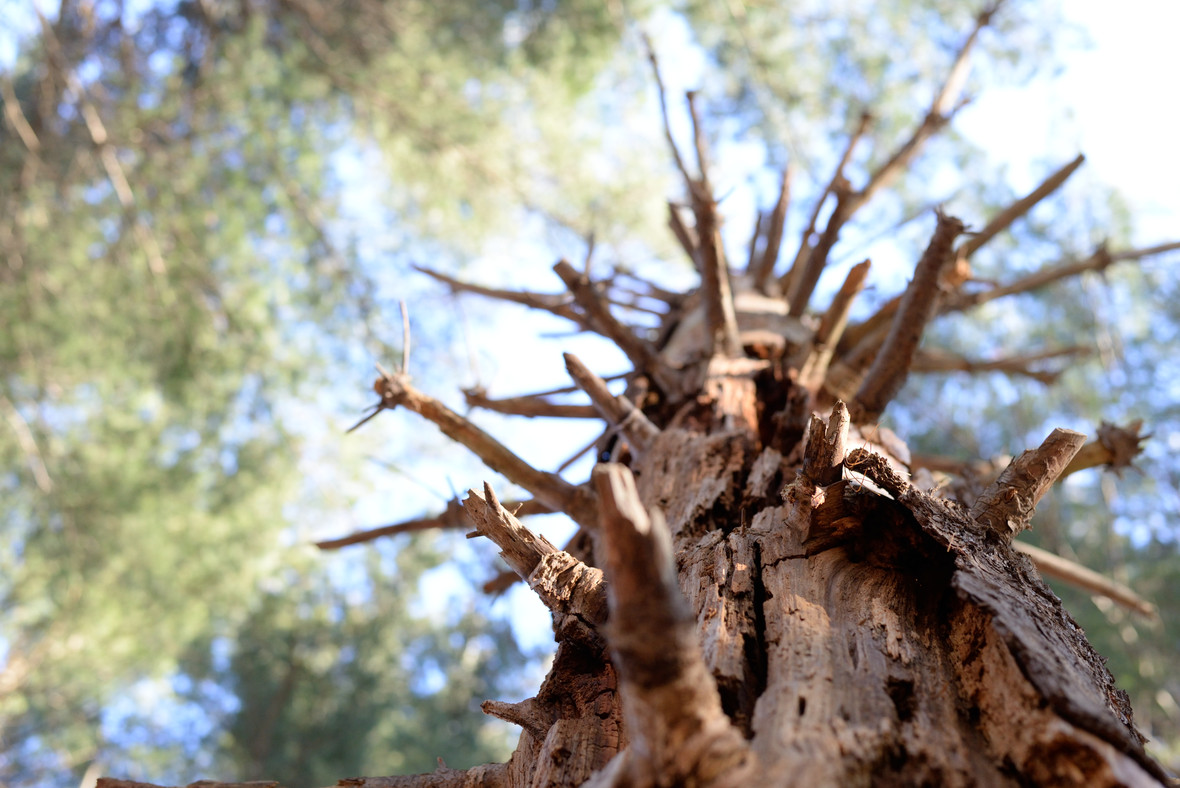 An eastern white pine snag on a sunny day.

As I was photographing chickadees, I came across an eastern white pine snag along one of the trails. I thought it was kind of interesting so I snapped a shot of it. I like how the depth of field gave the shot a sort of three dimensional feel.

A couple of days later, I was walking down the same trail, but the quantity and quality of the light was dramatically different. It was cloudy and still somewhat dim. I decided to take another shot and try to compose it as similarly as the first shot. I kind of missed on the composition, but it did prove to be a nice contrast. The Cleveland Metroparks also chose this as their volunteer photographer picture of the week for 12/28/2014!

An experiment to see how the quantity and quality of the light changes the feel of a photo.