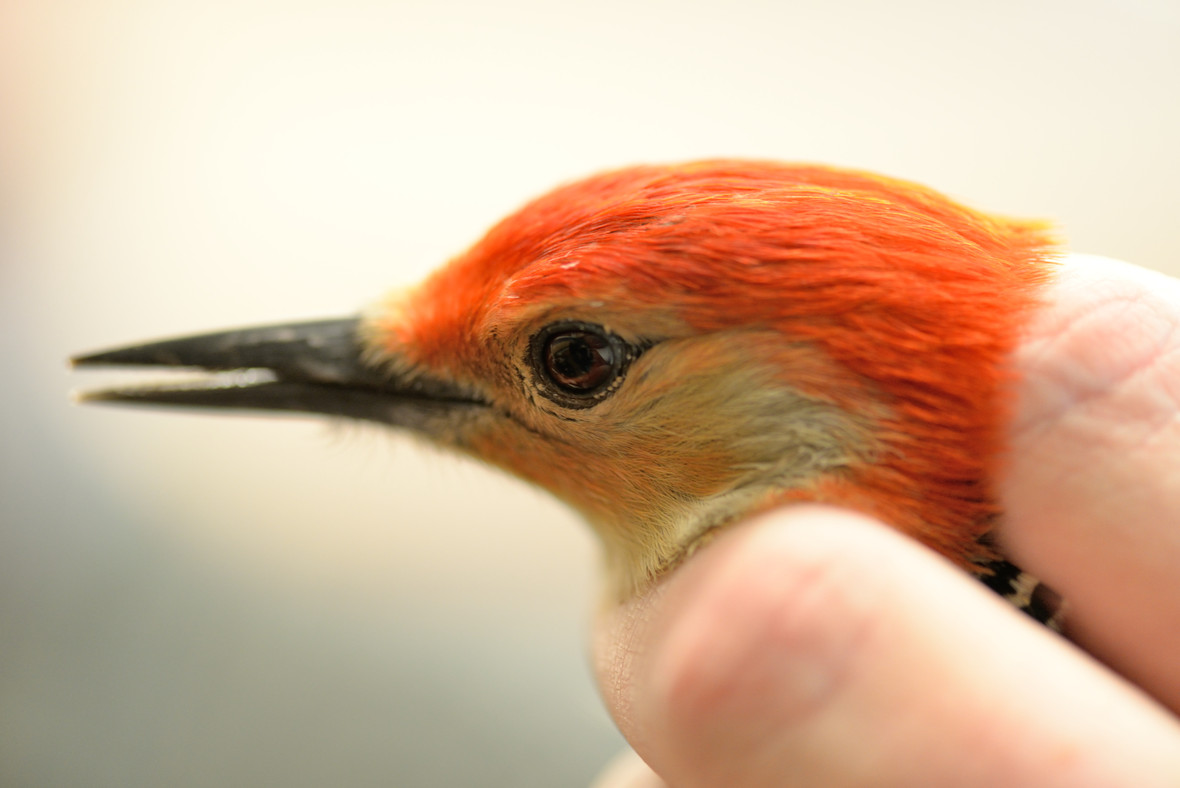 A red-bellied woodpecker after being banded.

Birds Photographed with a Macro Lens

I finally had a chance to get my new macro lens out in the wild to see what it could do. It's not the fastest focusing lens, and the depth of field can be pretty shallow when getting close to your subject, but I was still able to grab a few decent shots.

The first two photos of the woodpecker and wren were taken indoors while watching some bird banders. I forgot to make my aperture smaller for the woodpecker so only the tiniest sliver of the bird's eye is in focus. The wren was a similar situation. I got my aperture smaller, but not as small as I would have liked. The next time I photograph something like this, I'm going to bump the aperture down to f8. The woodpecker was shot wide open and the wren was only at f5.6.

The chickadees I photographed were still hard to get in focus. Since the autofocus on this lens isn't super fast, sometimes the birds would fly away before I could lock focus. This is a macro lens, so I'm not too disappointed. Most peopel that shoot macros use a tripod and manually focus on their subject for maximum sharpness. The lens does work ok as a portrait lens though. If your subject is still, you can get some really sharp pictures even at wide open apertures.

Photos of a woodpecker and wren after being banded.