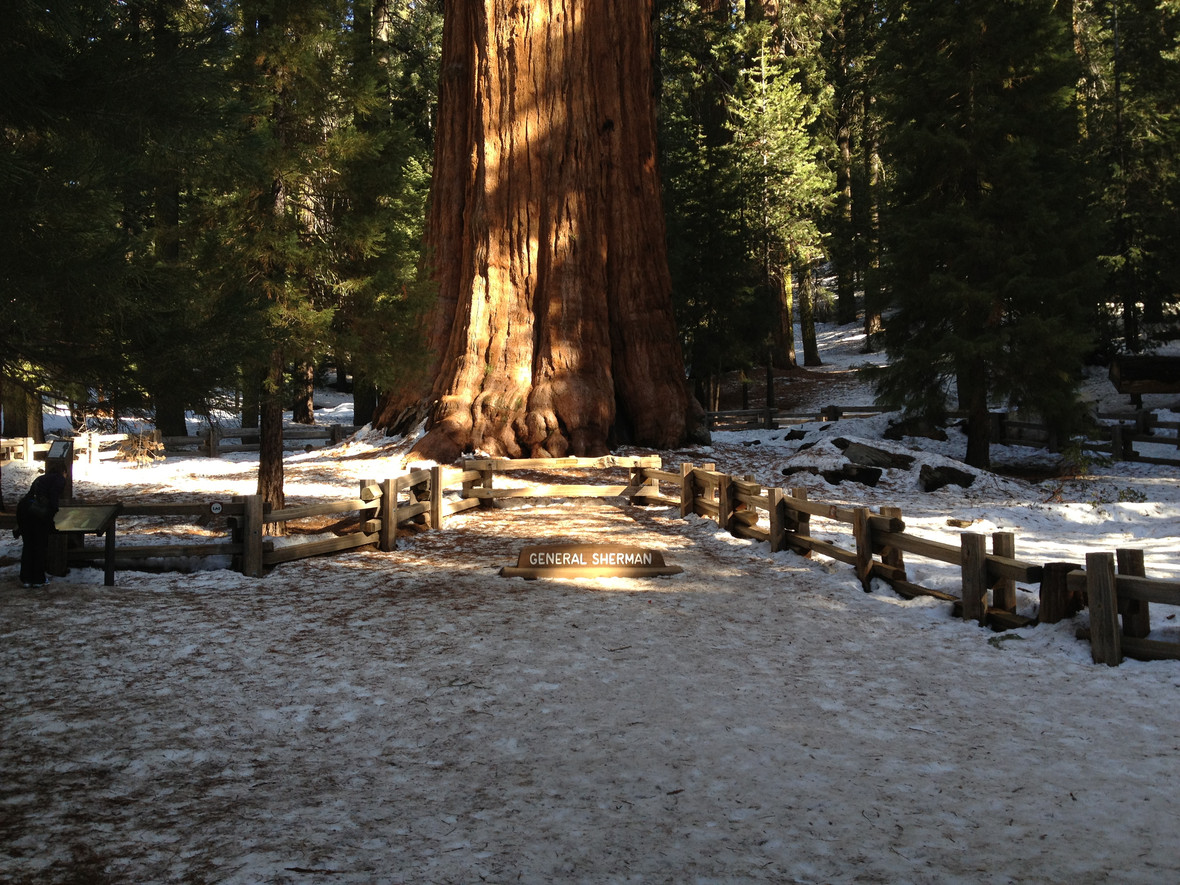 General Sherman, the largest tree in the world. It's an amazing site and I recommend visiting if you ever get the chance.

I finally got to cross another item off of my bucket list: visiting the Giant Sequoia in California. They are absolutely spectacular. There are some pretty big oak trees back in Ohio, but cannot compare to the shear mass of these trees. They don't even seem real upon first sighting. Trying to take a picture of the entire tree is a challenge. You have to stand a couple of hundred feet away or use a panorma mode if your camera has one.

The scarcity of these trees is also astounding. Giant sequoia only grow naturally in a narrow band of elevation on the western slopes of the Sierra Nevada mountains. When you enter Kings Canyon and Sequoia National Park you are not surrounded by giant Sequoia. There is one near the entrance but you have to drive several miles and really pay attention before you see another one.

Some of the scarcity can be attributed to misguided but well meaning forest fire policies of the park service. At first, it would seem logical that to help save the Giant Sequoia, any fires that break out near them should be immediately extinguished. It turns out that forest fires are actually a crucial part of the Sequoia's lifecycle. Forest fires help clear the forest floor of competing vegetation that might deprive sequoia saplings of the light they need to thrive. Fire also allows the seed cones of the Sequoia to open and release their seeds. Without fire, the seeds remain trapped in the cone. Another unforseen consequence of supresing all fires was the competing vegetation burned at higher temperatures and damaged the sequoias more than the normal debris that would accumulate if naturally occuring fires were allowed to run their course. Fortunately, the park service discovered the error of this policy and now allows all naturally occurring fires to run their course unless they threaten life and property. Hopefully, the Sequoia will bounce back strong now that we understand what they need to thrive.

Isn't the Giant Sequoia amazing? General Sherman, the largest tree in the world.